5
View comments
He knew he was in jail, but he didn't know why.
Eventually, Abreham Zemedagegehu learned that he'd been accused of stealing an iPad — an iPad whose owner later found it. He spent the next six weeks in jail, unable to communicate with his jailers because he is deaf. He described a frightening, isolated experience in which medical procedures were performed without his consent and he feared for his safety.
Zemedagegehu sued the Arlington County sheriff last month in federal court, saying his treatment failed to meet the standards of the Americans with Disabilities Act. 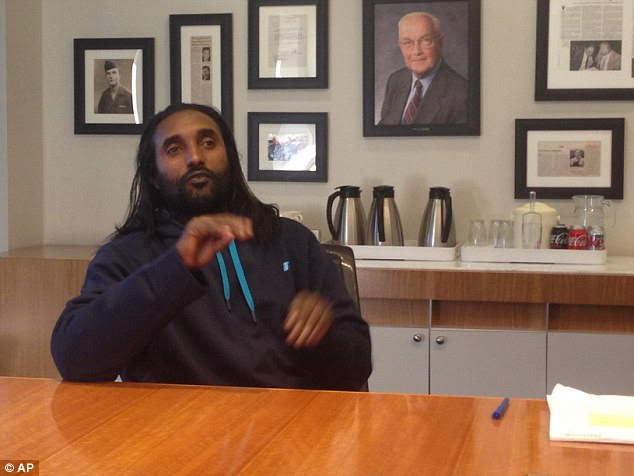 +3
Suing: A U.S. citizen who was born in Ethiopia, Abreham Zemedagegehu learned that he'd been accused of stealing an iPad--an iPad whose owner later found it
'I felt like I was losing my mind,' Zemedagegehu said through an interpreter in an interview at his lawyer's office. 'I thought Virginia would give me an interpreter and they said no. That's why I felt lost.'
Zemedagegehu, who is homeless, is a U.S. citizen who was born in Ethiopia. He grew up using Ethiopian Sign Language. He has learned American Sign Language, but he has never learned more than rudimentary written English.
Maj. Susie Doyel, a spokeswoman for the sheriff's office, which runs the jail, declined to comment on the specific allegations. She generally defended the jail's ability to handle deaf inmates and others with disabilities, and said several deputies in the jail are proficient in sign language.
But she also acknowledged that communication with a deaf inmate is more problematic in cases where the inmate can't communicate in written English.
In court papers filed Monday, lawyers for the sheriff ask a judge to dismiss the case, arguing that even if Zemedagegehu's allegations are true, they fail to show intentional discrimination because they attempted various different ways to communicate with him, including handwritten notes.
And even if the discrimination were intentional, the lawyers write that it would not violate federal law because there is a rational basis for the discrimination: 'it takes extra resources and creates additional security considerations to bring in an ASL interpreter,' they write.
Zemedagegehu's ordeal began Feb. 2, 2014, as he sought a warm place to sleep at Reagan National Airport. According to Zemedagegehu's lawsuit, officers from the Metropolitan Washington Airports Authority arrested him on a complaint that he had stolen another man's iPad. 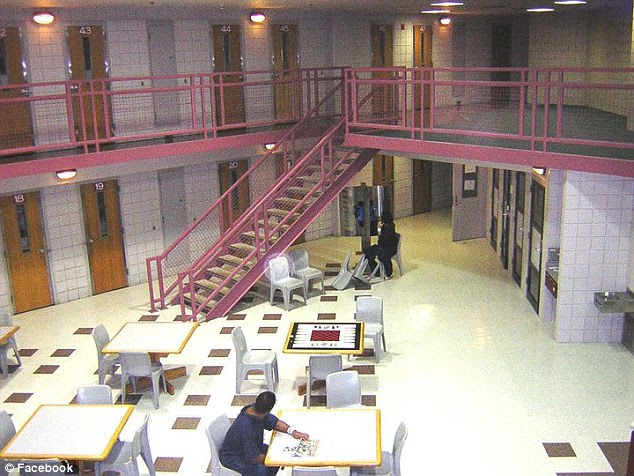 +3
Jailed: He spent the next six weeks in jail, unable to communicate with his jailers because he is deaf. He described a frightening, isolated experience in which medical procedures were performed without his consent and he feared for
Zemedagegehu says he requested an ASL interpreter to explain what was happening, but instead was taken to the Arlington jail for processing. He said the booking process was bewildering, with someone speaking on a video screen and he not understanding what was happening.
After he was booked, he underwent a medical screening, and says he was given forms to sign. He didn't know what they were, and refused to sign them. He says they stuck a needle in his arm without explaining what was occurring — he later learned it was tuberculosis test, to which he suffered a bad reaction.
It was not until he was arraigned Feb. 4, and a court interpreter was present, that he understood the charge against him.
When he was offered an opportunity to communicate, he said the jail provided a TTY device. Zemedagegehu said the machine was useless — it types out English text he doesn't understand, and as a practical matter, he said, no one in the deaf community still uses a TTY device. He needed instead access to a videophone or video relay service that is more commonly used, he said.
Maj. David Kidwell, director of the jail for the sheriff, also declined to comment specifically on Zemedagegehu's care, but generally defended the use of a TTY machine.
'It gets used, absolutely. It's an accepted practice, and we've had great success with it,' he said.
On March 14, 2014, Zemedagegehu struck a plea deal, pleading guilty to lesser misdemeanor charges in exchange for time served. Zemedagegehu says he only took the deal to get of jail, and that he didn't steal the iPad.
Zemedagegehu's public defender filed a motion after the guilty plea seeking to have the conviction overturned, saying prosecutors failed to turn over evidence that the man who claimed his iPad was stolen actually had found it some time before the guilty plea. Prosecutors deny withholding evidence.
A judge refused to overturn the conviction, saying the appeal had been filed too late. 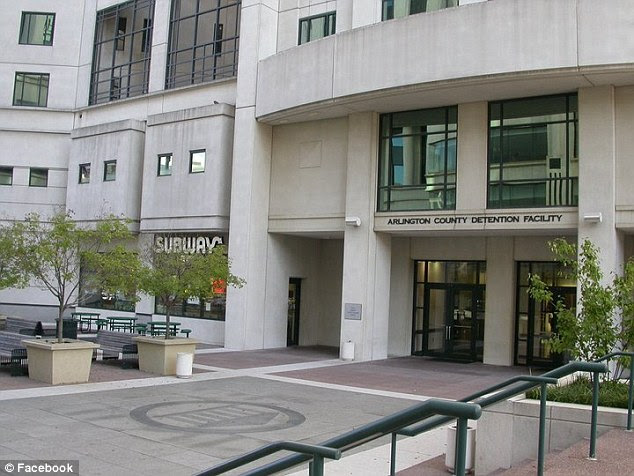 +3
Zemedagegehu sued the Arlington County sheriff last month in federal court, saying his treatment failed to meet the standards of the Americans with Disabilities Act
Zemedagegehu said he doesn't understand why it was so difficult for the legal system to accommodate him with an interpreter.
'They're doing this 25 years after the Americans with Disabilities Act was passed. They know better,' he said.
Caroline Jackson, an attorney with the National Association of the Deaf, who is helping on Zemedagegehu's case, said cases like his are 'distressingly common. There's an assumption that persons behind bars have no rights.'
The ADA itself does not spell out exactly what kind of accommodations a jail must make for deaf inmates. But since the law was passed, several lawsuits have addressed similar issues. In 2010, the Virginia Department of Corrections reached a settlement requiring it to provide qualified interpreters during the booking process and when providing medical care, among other things.
Doyel said the county jail, which isn't part of the state prisons system, has passed audits conducted by the state Department of Corrections and has received accreditation from outside groups.
Larry Tanenbaum, a lawyer with Akin Gump, the firm that took Zemedagegehu's lawsuit on a pro bono basis, said he thinks the jail failed to meets its standards in its incarceration of his client.
'To me, it's a matter of human kindness. You see a person in your care who's lost. How do you not help him?' Tanenbaum aske